Originally published in Plus, a supplement to the Noord-Hollands Dagblad, 19 January 2019

A slightly rewritten version of this piece was published on Notchesblog, April 2, 2019 [LINK]

Fifty years ago, on January 21, 1969, the first gay demonstration in Europe took place, at the Parliament buildings in The Hague, initiated by young people and students. Their intention: the abolition of article 248 bis of the Penal Code. That article criminalized sexual intercourse between an adult (someone over 21) and a minor of the same sex, while for heterosexual sex the age limit was 16 years. That article was not only discriminatory, it also stood in the way of the free development and sexual self-determination of young people. The article – introduced in 1911 – was based on the idea that young people can be ‘seduced’ into homosexuality. After a learned committee had determined that that idea was ungrounded, a large majority of both Houses of Parliament voted in 1971 to abolish the article.

That demonstration in 1969 is seen as the start of the modern gay movement in the Netherlands. It ended hiding in the closet. Worrying about self-acceptance made way for openness and militancy. Homosexual men and lesbian women took matters into their own hands. They did not want to conform to society and beg for acceptance. On the contrary, they demanded social reforms. They despised the phrase ’the homophile fellow man’.

Much has changed since the cultural revolution of the sixties and seventies of the last century – a movement into which these radical thoughts seamlessly fit. The gay movement has become broader – even government documents now refer to LGBTI people (lesbian women, gay men, bisexual men and women, transgender and intersex people). And those identities are celebrated with PRIDE. ‘Pride’ is the slogan of many a parade or manifestation of the movement.

There is reason to be proud of the successes achieved by our movement. The strategy of openness has led to a huge increase in social tolerance. Homosexual men and lesbian women have become an ‘ordinary’ phenomenon. This doesn’t mean they are taken for granted. Its ok to be gay, but not to make your gayness visible. ‘You can marry, but not kiss’, is the apt title of a study published by the Social and Cultural Planning Office in 2015. The young people and students at that demonstration in The Hague in 1969, however, were not thinking about a wish to, or ability to, marry. Their interest was rather in the recognition of other forms of relationships, as well as in ending discriminations against single people. Their claim was that the context in which you live should not influence your rights and obligations as a citizen. The state should not force people into a straitjacket of dependence. The state should not be the moral guardian.

Things went differently, as one change led to another. In the arena of social security, the dogma of ‘family capacity’ was broadened to include unmarried cohabiting couples; the legal recognition of alternative relations was limited to the so-called registered partnership, which is very similar to marriage. From there, from a legal point of view, opening up marriage was a small step. That was a different outcome than what we intended when we launched our movement fifty years ago. History rarely follows a straight line.

Count your blessings. The opening up of marriage has undoubtedly contributed a lot to the acceptance of lesbian women and homosexual men (albeit much less to that of bisexuals, transgenders and intersex people). It is time for a next step, not only by fighting for the interests of LGBTI people, but especially by working to demythologize these identities. Did we not want to get rid of the labels that led to our worrying about self-acceptance, fifty years ago? Why should you first profess to belonging to a certain group or category before you can ‘be yourself’? It is not because LGBTI people are entitled to safety and acceptance because they are that way, but because they – like everyone else – have the human right of free choice?

Joke Swiebel is a former Member of the European Parliament 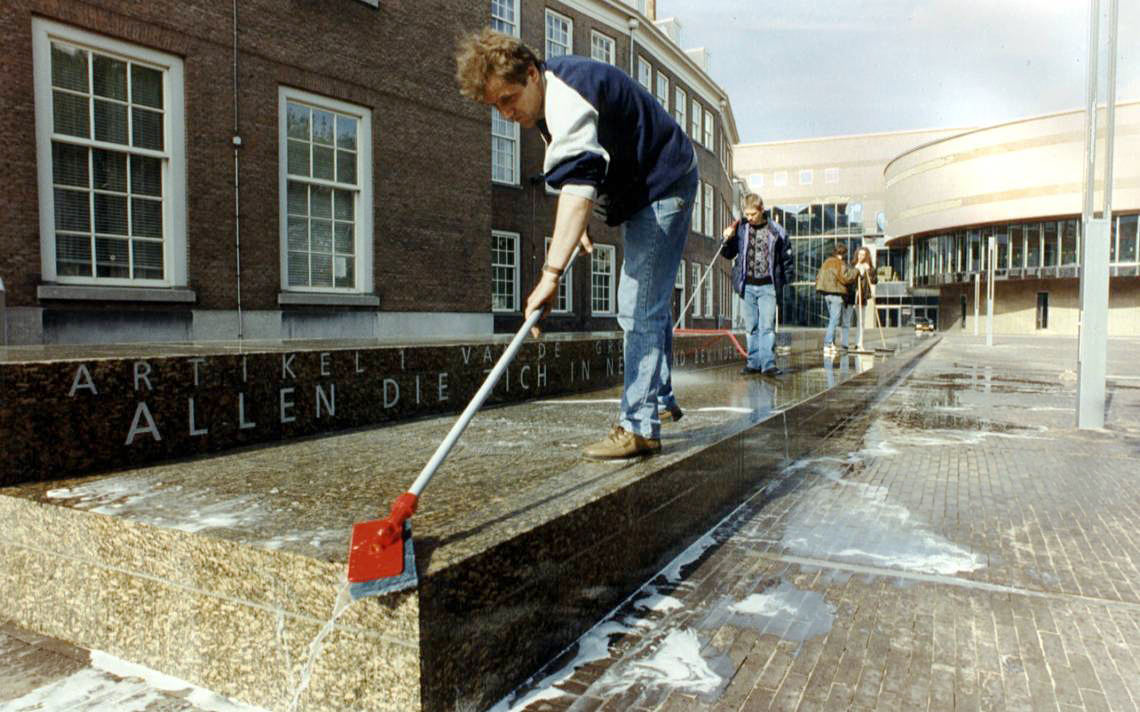